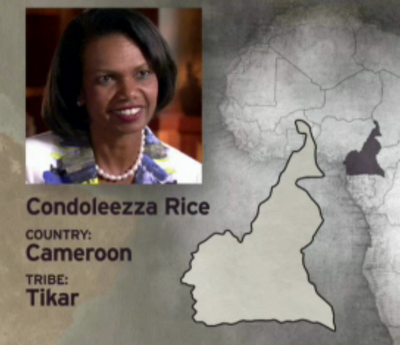 Dr. John Q. Williams received information from the Tikar ethnic group members of Cameroon about their history and decided to come up with the history of the Tikar people. This writing has been based both on Oral and documented history of the Tikar people. History holds that the Tikar people originated in present-day Sudan. It is believed that when they inhabited Sudan, they lived adjacent to two groups.
"The first group comprised of iron-makers/blacksmiths and carpenters in the Meroe Kindgom; this group (ancestors of the Mende people) later left the Sudan and moved west towards Lake Chad. They eventually traveled to the Mali Empire, and along with the town Fulani and Mande, founded the Kingdom of Mani. The second group - ancestors of the Fulani - arrived in the Sudan from Egypt and Ethiopia. These cattle and goat herders moved west to Lake Chad near present-day Cameroon, Niger, and Nigeria before traveling across West Africa. It is is believed that when the ancestors of the Tikar were in the Sudan, they lived along the Nile River. There, they developed their cattle grazing, iron-making, horse riding, and fighting skills." (Melvin J. Collier; 2007)

He goes further to state that it was then that, "the ancestors of the Tikar moved from the Sudan to the Adamawa Northern Region of present-day Cameroon. They settled in a village they named Ngambe (present-day Bankim District) where they intermarried with selected grassland farmers and animal herders of other groups."
Below is a picture of the late chief of Ngambe. Ngambe is one of the Tikar villages. 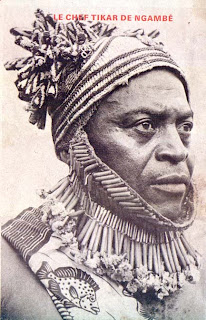 Around his neck is an ivory collar made of elephant tusks. He carries it only once per year, during the time of the festival called "Sweety". It is a traditional Tikar festival during which one calls upon the spirits of the ancestors and asks them to bless the community.

(Melvin J. Collier 2007) It was due to this mixing with selected grassland residents that, "a powerful chief and eventually king came to power. With the skills brought from the Sudan, the Tikar king was able to rule most of northern and central Cameroon. After the death of the king, his oldest son inherited the throne." (Melvin J. Collier) It was from here that perhaps our powerful son of the soil Banboye Willaim continued the story which inspired him to to write about the Nso History. It should be noted that the King's second son , Share-Yen (Will be spelt differently subsequently), and his followers moved to present-day Mfounbam district and started the Mbamound (Bamoum) Clan. Ngouo-Nso, a sister, and her followers moved to present-day Koumbo (Kumbo) District and created the Koumbo (Kumbo) Clan in the present-day state of Mbanso (Banso- Nso) near Mbamenda (Bamenda). The youngest brother moved further south and created the Mbafia (Bafia) Clan in the present-day Mbam state. Note should be taken in the contant use of "M" in the naming of the three clans.

According to Banboye Willaim of the Nso history society; Nso oral traditions claim that the Nso Dynasty (Nso Royal family) originated from Tikari.
Tikari is a plain which lies in the region of the upper Mbam River and extends to the magba area in the western region into the plains around Sabongari and Mbo Nso in the N.W region. It is also known in short form as the Tikar Plain. 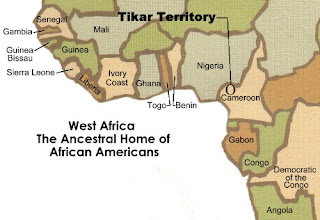 Modern Tikar chiefdom is at Bankim originally known as Kimi. The Coronation site for Tikar chiefs is known as Rifem by the side of the lake a few km south of Bankim where they believe supernatural powers come from the lake. Hence most chiefs from Tikar origin claim to originate from Rifem. 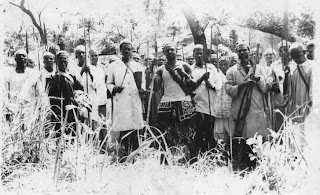 Over 100 of Nso people settled in Bankim and have a social group called Ngwan which meet regularly in Sheey Ngwan’s house. She is Madam Beeri Therese a buz woman from kimbo who received the sheey title from the Fon of Nso to look after the Nso people there in the Adamawa region.

Bankim is the historic Capital of the Tikar Plain and seat of the Tikar Chiefdom. Present traditional chief of the Tikar people is Ngah II Ibrahim enthroned the 24th march 1980. Ngounso (Ngonso) left Kimi with a small band of followers together with her elder brothers, N’chare Yen and Mble (Mbe) or (Mfombam) cos of a blood succession after their father’s death, Tinki who reigned at Kimi from about 1350 to 1387. 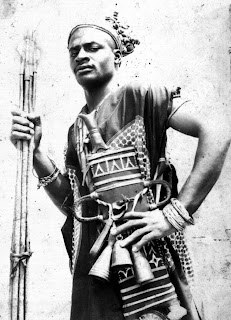 Mveing, succeeded Tinki by brutal force, sent all rivals running from Kimi for their dear lives.
"http://www.youtube.com/watch?v=pY6e7MyPOTo"
Video by Shey Yungsi Christopher on the Nso History from Bankim to Mbonso

Ngounso and her brothers left Kimi after 1387 taking along their things of Rifem, parted to a river crossing maybe Mape River a major tributary of the Mbam river.
Its alleged dat N’chare yen destroyed the temporary bridge after crossing leaving Ngounso and Mble (Mfombam) together stranded with their own followers on the other side of the river. Unconfirmed source according to Linda Lendzemo states that "Nchare destroyed the bridge because he was mad at ngounso for refusing to stay at Kimi. They had persuaded her to stay as the journey would be tedious for a woman but since she was very stubborn..." 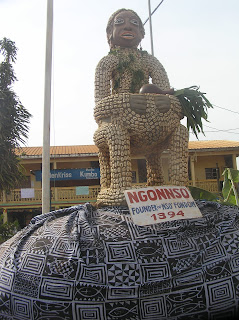 They moved up the river banks for sometime and parted eventually. Ngounso went along the bank until she could cross it and went westward to the Mbo plain to found the Nso Dynasty. The name Nso must have originated from the founder of the Dynasty Ngon Nso:
Mble (Mfombam) moved eastward to the Mbam (bafia) area to found the Nditam Dynasty. N’chare yen, on his part had gone southward to found Bamum Dynasty.

2. Settlement of Nso Dynasty:
A. Mbo’ Nso:
First they settled in Mbo nso at the banks of mayrin River; It is not known for how long they settled there but it is over 600years. But there is a large cave around the upper mayrin valley which is called Mbve’ nso or the Nso cave and the area adjacent to the cave is known as Mbo’ la, meaning literally the plain of the compound. (The land of peace) 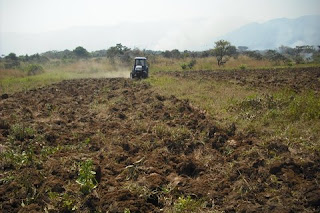 It s not known why the Nso Dynasty abandoned the settlement in Mbo where other clans also said to be of the Tikar origin were also joining.
Maybe because of the song Ebey na ebai Rimti
Nwangnwang woo Mbo’o Rimti (Wonderful)
Vingom vee mbo –Plantains, Ndzereng wo mbo Groundnuts. Nenen wo Mbo (Mosquitoes)
From the song, one can detect or propose that it could be for health reasons caused by the mosquitoes: 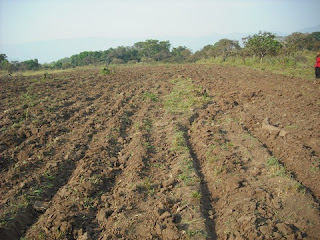 It could be the fear of military raids also; you all know Mbo as a plain could make them not able to sight enemies from a distance which could not give them enough time for preparations. Therefore a high plateau could be better.
A point of historical fact is that movement of populations before Christ was born was not only caused by war but also by epidemics or ravaging diseases that could wipe out whole community or leaving few individuals who had to abandon their original homes in search of new ones for safety survival.

A good number of clans that claimed Tikar origin also settled in mbo plain. This includes Taankum, Menjey, Mbite’ey and Nkim that later on joined the Nso Dynasty. Most of the other clans that also settled in Mbo Nso and later joined the Nso Dynasty at Kovvifem still maintain their estates in Mbo’ nso. These include:
Fon Tasay of Mbam (Fon Rong), Fon Nshookov of Ndzen Nso’, Fon Gashon of Waylay, Fon woo Gwan of Kitiiwun, Shuu faay Tsenla of Mbam, Shuu Faay Taankum of Kimbo, Faay Menjeey of Mbam.

NB: The Mbo nso at the time Banboye Willaim did his research was being developed as part of a giant development project for the Tikar plain, funded by the European union. 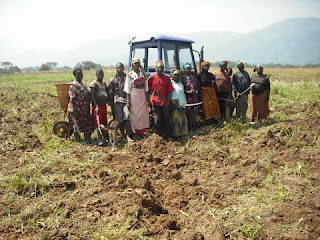 Questions: as constructed by Banboye himself to guide us understand the first part of his research
1. Who was the founder of the Nso’ Dynasty?
2. From where did the original family originate?
3. Why did the founder of the nso dynasty leave Kimi and with whom did she leave with?
4. Where did the nso Dynasty first settle and why did they eventually abandon the site?
5. Which are the clans that claim the same origin as nso dynasty?
6. Where did the word Nso come from?
To be continued.

Next shall be the; Settlement of Nso Dynasty:
B: In Kovvifem:

Shey Tatah Sevidzem (Wo Scandy)
Posted by Shey Tatah Wo Scandy at 2:33 PM