Nso tradition holds it that there existed two offshoots from the Kovvifem Dynasty. The Earliest being that of Mbiame with a chief and a list of about twenty while the second is that of Oku with about fifteen. Going by this tradition, one will understand why Oku and Mbiame are called the descendants of Ngounso. 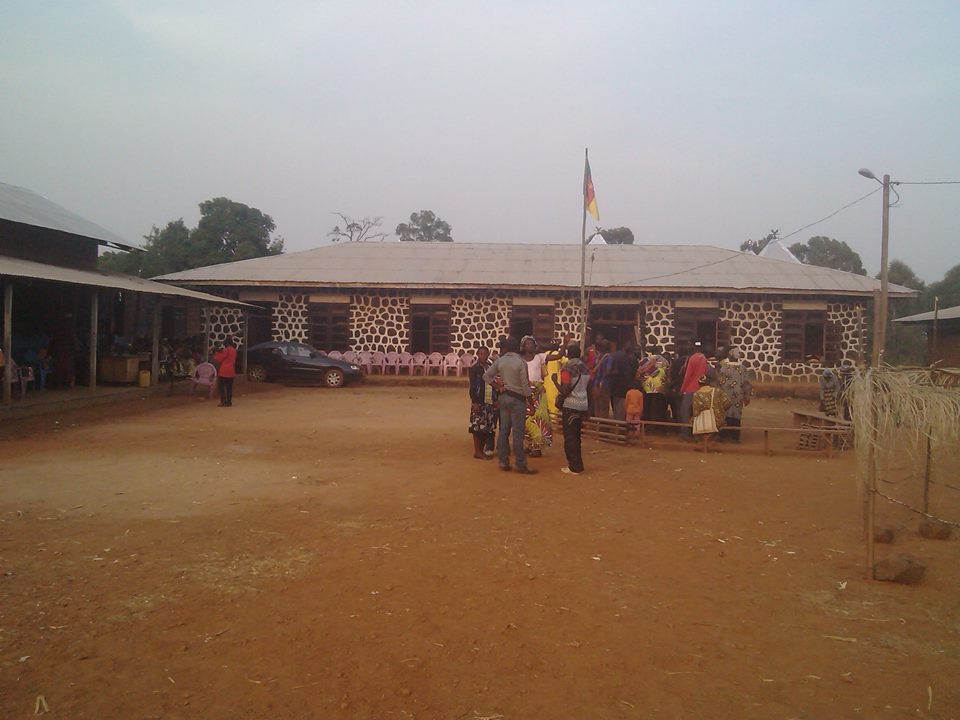 But there is another claim from Mbiame stating that its founder was a brother to the founder of Kovvifem and that they arrived the present site from Rifem. This now pose the problem of how many brothers Ngounso actually had. This is simply because reading from the Tikar Tradition as William Banboye states in page 16 of the Introduction to Nso History, the founder of Kovvifem was no other person than Ngounso herself that left Kimi with her two brothers: N'Chare Yen, founder of the Bamoum dynasty and Mble (Mfombam) who founded the Nditam Dynasty in the Bafia area.

Despite all odds, Banboye concludes that there is a possibility that  the Mbiame Chiefdom long remained a brother to that of Nso dynasty as they are said to have fought on the side of the Nso people to conquer Nkar.

When the Bamum people attacked Mbiame in the 19th century some of its rulers successfully fled to Mayrin Valley, later the North West of Nso and finally Oku for refuge. They returned to the Eastern part of nso only after the 1906 German punitive expedition.

Nso expanded its borders by conquering other neighboring territories. Examples of  some are the Nse and Nooni Villages along the western march under the leadership of Seembum and his son Tamanjo respectively. In about 1880 Din became the last conquest by Tamanjo's son Seembum II after a very tough battle.

If Mbaime Chief according to the findings by Banboye were chased by the Bamums, it is but imperative that some powers had to be lost in case of any return. The return of the Mbiame chief was based on security reasons and he became the premier sub-Fon of nso rather than an independent Fon. Mbiame is ruled by a collateral line of the Royal dynasty and remains in an anomalous position, that is why its chief is given and accorded a special etiquette especially on ceremonial occasions.

The case of oku is completely different from that of Mbiame Banboye states. Despite the fact that the Oku people admit their founder being a brother to Nso ruler, they attribute the Ngonbaa forest and not the Kovvifem as the centre for which the Rifem princess separated to found their respective Kingdoms.

Banboye assures that such conflicting claims could be reconciled quoting Jeffrey's research in which he obtained from the old village heads in the neighborhood of the Ngongaa forest an account of "the Flight of the Kovvifem ruler and many of his people to the Ngonbaa forest after the first sack of Kovvifem by the Fulani raiders (Bara Nyam)". In this encounter, Jeffrey narrates that he met another prince of Kovvifem who had earlier settled there due to a quarrel. They both lived together until when it was safe for one to go as far North as Taavisa while the other moved West to the neighbourhood of the present Oku capital.

Our author Banboye reflects on why there exist conflicting traditions and suggests that this elucidated the "compression & conflation" processes abound in many chiefdom traditions and the "distortion of time sequence" favorable to their political scenes.

The Oku issue is attributed to the anger of the Lake god which caused the dispersion of the Jikijem people. The existence of two Kijem chiefdom is usually accounted to this myth of the lake god linked with the Kijem clans in Kom & Nso. Oku is known for a Great Chiefdom as many clans seem to trace their origin with them. A typical example is the Sawe sub- chiefdom of Bum, bigger dynasties like Nkwen &;Bafut also claim to be elder brothers to Kijem Keku.

A myth of origin from Babungo & Mbot is attached to a "Local geographical feature that suggested settlement of some elements of the population."
The estimation is divided into three categories, namely;

The Ejungs are often referred to as the commoners or "People of the Country", corresponding to the Ajung A'laa, in Mankon, the Mtaar in Nso & Mbot.

Taking the case of the Ngonbaa forest in story of Oku, this forest served as refuge naturally endowed with other advantages, eg timber & bamboo- situated close to open land suitable for "cultivation, pasture and dwarf cattle as well as deposits of iron ore."

Oku remained an un-expanding clan as no history of conquests is reported or known of them. It seemed to have been one of those clan contented with what it had especially the "exploit of the natural advantages" which made it an important and leading clan in smelting and smithing though using the catalan forged method unlike Babungo. Oku is also known for carving, export of stools, drums, mixing bowls, pedestal wine bowls, masks etc .

Oku remained one of the clans that had no boundaries with Nso where citizens of each clan were free to settle and farm in each others region but yet maintained its independence from Nso. 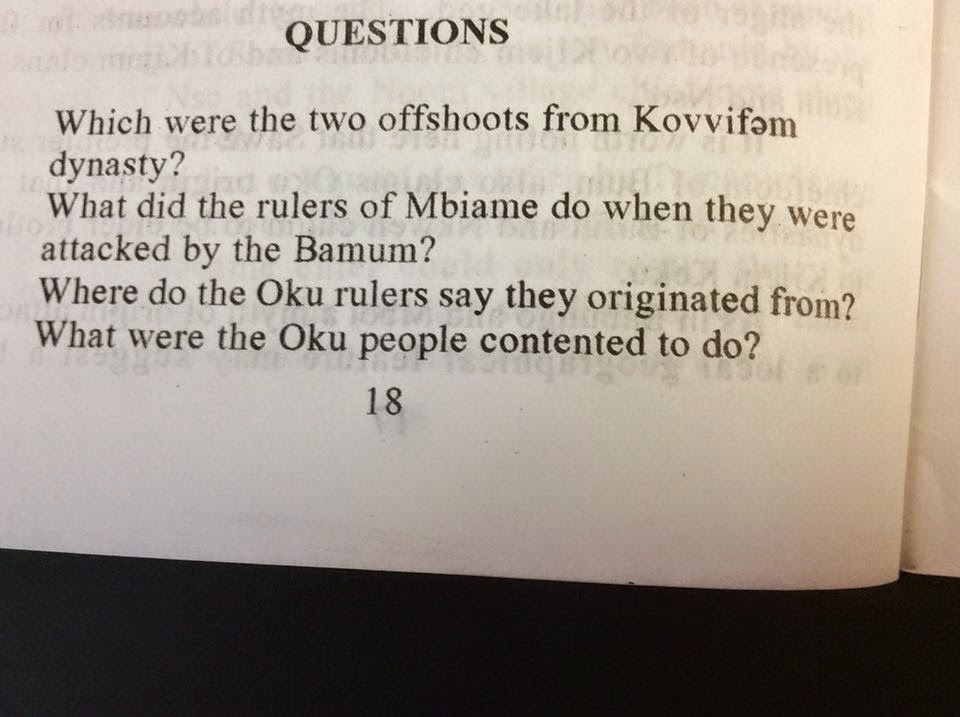