A Gizzard according to answer.com is a  modified muscular pouch behind the stomach in the alimentary canal of birds, having a thick lining and often containing ingested grit that aids in the breakdown of seeds before digestion.


In one of the renowned tribes in Cameroon Nso the debate on the importance of the Gizzard and why it is consumed only by men has been a called for concern not only amongst the indigenes but also some anthropologists like Sally Chilver. This has instigated local researchers like Rev Fr Tatah Humphery Mbuy to challenge his tribesmen and women to come up with concrete reasons why the Gizzards hold too much weight than the liver. It should be worth nothing the two words when used in its local language “Lamnso” gives more meaning to them than in English.

According to Fr Tatah “The  "Gizzard" or "Saiy" in lamnso', technically  referred to as the ventriculus, gastric mill, and gigerium, is an organ found in the digestive tract of some animals, including birds, reptiles, and some fish. This specialized stomach constructed of thick, muscular walls is used for grinding up food; often rocks are also instrumental in this process. 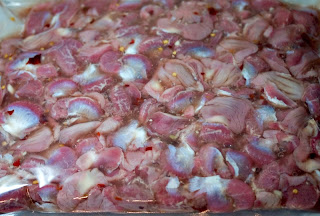 In most of the Bamenda Grassland and in fact, over all of Cameroon, the gizzard is the reserve of the most elderly and titled holders of the land. Women are not allowed to eat it. If you walk into a supermarket in any European city, you can buy the stuff in a container! But the Nso' people will argue that those are not real gizzards because "whiteman fowl is an artificial product". So the real gizzard belongs to the "country fowl" referring to the Organic chicken.

Another example of the importance of the gizzard is shared by an encounter with a European priest who was so fascinated by the culture so much so that he was always looking forward to the Gizzard when chicken was prepared. Here is an encounter with his cook as he came home one day from his missionary journey and met a delicious Chicken meal at table. He was so happy to start eating but after opening the dish and not seeing the gizzard, he called in his cook, and asked "Valentine. which part the fowl did you serve?" He searched into the pan again and said that the fowl was missing. The priest took time to explain to the cook that what makes the fowl is the absent part, that small thing. He further told him never to eat that part again because that could cost him his job.
A week later, the cook  prepared a chicken meal according to the house menu. When the priest opened the dish at table, to his amazement, he saw only the gizzard and nothing else. He called in the cook again and asked for the fowl to which the cook answered, "I ate the other parts since you told me that only the Gizzard made the chicken". Was the cook wrong?”

Why the gizzard (Saiy) and not the liver( baiy) or the heart (tim)? What is so peculiar about the gizzard?


To avoid anyone going over familiar territory, In the Nso culture, it is known that the chicken is/was a sacrificial animal and women did not eat it until recently. But why the importance given to this "sand sack"? And many quarrels and fights (some mortal) have taken place over ownership of the gizzard.  Why the fuss over the gizzard, not the heart of the chicken? 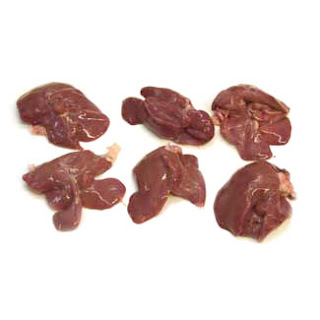 Bongyong Fanso' a native of Nso Living in the UK  offered some kind of explanation that possibly since the gizzard tastes different from every other part of the chicken, the men wanted to have an exclusive right over this part of the bird. Dr. Edwin Lukong another native of Nso also  backed Bongyong's hypothesis and added that since the fowl was a bird for "ntangri" (sacrifice), and women were not active participants, they were even excluded from eating chicken. In fact, it is only in the recent past that women were allowed to eat the bird. In very traditional settings, even today, the elderly women of the compound, will refuse to eat fowl meat. 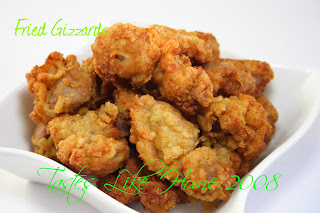 Sally Chilver gives a more thorough explanation to the treatment of the chicken gizzard: According to her, across the Cameroon Grassfields and beyond, it is taboo for a woman to eat a gizzard. In ordinary parlance it is a 'male thing' and, hence, it symbolizes honour. So when a woman slaughters a chicken, if the husband does not see the gizzard in his dish, he will reject the meal. The man can even beat his wife without sanction from society. If a woman is single, a widow or separated, she is supposed to give the gizzard to a man irrespective of the latter's age. But he must be a close relative or somebody she admires and respects. One of the beliefs which surround this practice is that any woman who eats a gizzard may lose her fertility. Men still uphold this cultural prohibition, even in the towns. 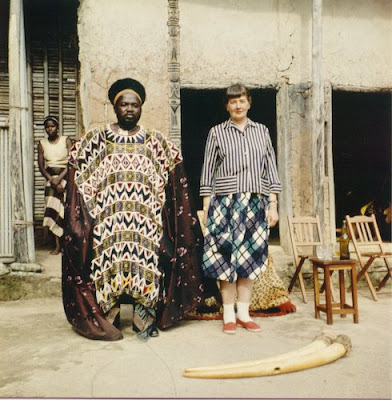 Women often complained about this practice. One described it as 'an old-fashioned practice meant to subordinate us'. Men always replied that 'we cannot break the tradition'. On one occasion at a meeting of a rotating credit association in Yaoundé one of the women present retorted 'nowadays there are even packs of frozen gizzards in the supermarkets. If I bought some and prepared them for myself, how will my husband know what had been going on in the kitchen, since it is women who do the cooking of the family meals?' All the other women burst into laughter and applauded her for this remark, but all the men (including this author) turned to look at each other with expressions of utter surprise and disgust at her boldness on their faces. The fact of the matter is that she had made a pertinent point which challenged this aspect of the patriarchal system.

It is therefore amazing to see how something considered to be of less important in one culture could have a great impact on another.
By Shey Tatah (Wo Scandy)
Posted by Shey Tatah Wo Scandy at 11:52 PM